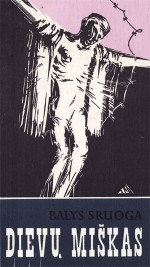 In the fiction written by B.Sruoga the main work is "The Forest of Gods". It is an autobiographic work about the Stuthof concentration camp. The author has described the whole system of manslaughter, depicted the heads of the camp, the guards, the so-called self-government of the prisoners and prisoners themselves. The means of torturing are fantastic, the beastliness of a human being terrifying. The author observes this through the eyes of a helpless and hopeless person who has totally resignated. The only gun against the atrophy of a soul in this environment is sharp irony. This gun is used by the author masterfully. The most tragic moments are related with a sarcastic smile, sadistic torturers characterized ironically. This irony creates another dimensions for these memoirs, the whole work despite stenographic precision belongs to the high literary art.

"The Forest of Gods" has disclosed the atrocities of Nazi working camps system. However, the work has wider, universal meaning. The same phenomena are repeated by each totalitarian system of extinction of human beings, including Siberia. There is not much action in the book, but the descriptions are so vivid, that the work is intriguing as the most interesting novel.

View .pdf
.epub
.mobi
About author
Balys Sruoga was a writer of wide and colourful gift: a poet, a prose writer, a dramatist, a theatre critic, a researcher of literature and folklore. Read more
Contents