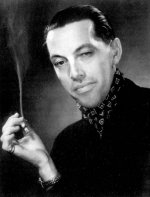 A.Škėma was born on November 29, 1910 (according to the certificate of birth, in 1911), in Łódż, Poland, where his father was sent to teach at school. During the World War I he with his parents lived in Russia. In 1921 he returned to Lithuania. A.Škėma attended Radviliškis progymnasium and "Aušra" (The Sunrise) gymnasium in Kaunas. In 1929 he entered the Faculty of Medicine of Lithuanian University. In 1931 he changed studies to the Law Faculty of Kaunas Vytautas Magnus University. In 1935 he joined a theater study led by V. Sipavičius-Fedotas. While still learning there, A.Škėma was engaged at the State Theater in Kaunas. In 1936-1940 he was an actor at the State Theater in Kaunas, then - an actor, and later a stage manager at the Vilnius State Theater. A.Škėma was acting in almost all the plays staged at that period.

In 1949 A.Škėma emigrated to the USA, where vigorously continued his theatrical and cultural activities. He was an actor at the performances of Chicago Theater and Boston Drama Association. In 1960-1961 he worked at the editorial board of periodical "Vienybė" (Unity). He was giving many lectures, wrote and published articles on theater and literature in various publications.

A.Škėma perished in a road accident on August 11, 1961, in Pennsylvania.