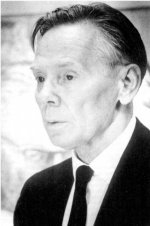 Jonas Aistis is one of the most prominent Lithuanian poets who combines the intimate lyrical talking with strict poetical programme; he expressed the ideals of neoromantic generation; in the latest stage of his creative life he engaged himself strongly for Lithuania and national idea. A creator of elegiac, melodic verses.

J.Aistis was born on July 7, 1907 to the family of a worker at Kampiškiai estate in the community of Panemunė, Kaunas district. In 1907 together with his family moved to Rumšiškės. In 1919-1927 J.Aistis studied at Kaunas "Aušra" (The Sunrise) gymnasium. There he began to write his poetry. The first verse was published in 1927 in a magazine "Ateitis" (The Future). J.Aistis studied literature at Kaunas Vytautas Magnus University, in the Faculty of Humanitarian Sciences. During his studies he worked at the Bank of Agriculture. After receiving the grant of Ministry of Education, in 1936-1940 J.Aistis continued his studies at Grenoble University in France. After maintaining a thesis, in 1944 he received a Doctor of Philosophy degree. Since because of war and occupations he could not return to Lithuania, in 1944-1946 he worked in the Archives of Nice and in the library at Paris. In 1946 J.Aistis with his family moved to live in the USA. Until 1952 he taught Lithuanian language and literature at Marianapolis college. In 1952-1958 J.Aistis worked at the Free Europe Lithuanian Department in New York, since 1958 lived in Washington, where worked in the Library of Congress. J.Aistis died on June 13, 1973, in Washington.