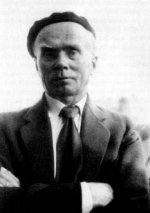 Ignas Jurkūnas, who later had changed his name to the literary pseudonym of Ignas Šeinius, was born on April 3, 1889, in Šeiniai village, Gelvonai district, Ukmergė county. He attended Musininkai elementary school, studied in Vilnius and in "Saulė" teachers' courses in Kaunas. In 1911-1915 he studied literature and philosophy at Moscow University. During the war (1916-1919), I.Šeinius was a representative of the Lithuanian Central Committee to support the war victims in Stockholm, Sweden. There I.Šeinius had organised the Committee of Lithuanian Independence, established the Bureau of Lithuanian Press, issued a newsletter to spread the idea of independence, published books in Swedish.

When the independent Lithuanian state was established he became an important diplomat and worked in Denmark (1919-1920), Finland (1921), Sweden (1923-1927). When the Nationalist Party (Tautininkai) had made a coup in 1926 the embassies in Scandinavian countries were closed. I.Šeinius stayed in Sweden and represented Lithuanian trade affairs.

In 1940 I.Šeinius had returned to Sweden where his family lived and stayed there till his death. He took care of Lithuanian affairs, co-operated in free Lithuanian press in Europe and America, maintained relations with other Lithuanian activists and writers. I.Šeinius had been planted into a foreign soil very early and had created his personal life abroad. He maintained relations with his native country only intellectually and through his job. The foreign environment had demoralised I.Šeinius completely. From 1940 he wrote mainly in Swedish.