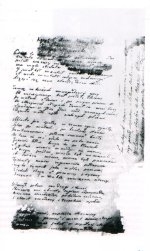 In 1823 the first edition of second volume of "Poetry" by A.Mickevičius was printed in Vilnius. His poem "Gražina" was published there for the first time. In the poem, describing the battles of Lithuanians against crusaders, A.Mickevičius used a Lithuanian proverb "stupid as a German" and specified the sources, from which the proverb was taken, in a footnote. Besides the historical work of A.Kotzebue and dictionary of S.B Linde, A.Mickevičius made reference to L.Rėza's edition of "The Seasons" by K.Donelaitis, published in Königsberg in 1818. He speaks highly of L.Rėza's works and especially praises the poem of K.Donelaitis, its content and expression. Since "The Seasons" was published in two parallel languages - German and Lithuanian - and A.Mickevičius did not know Lithuanian sufficiently well, thus most probably he was reading a German translation.

View .pdf
About author
Adomas Mickevičius (Adam Mickiewicz) is a writer of the world renown who was writing in Polish and is one of the most prominent representatives of Romanticism in world literature. He was born in Zaosie nearby Naugardukas now Bielorussia), on December 24, 1798. Read more